Study Objective: To assess the effects of nutritional support in the preconception period and during pregnancy on the rate of obstetrical and perinatal complications in healthy women of reproductive age with singleton pregnancies.

Study Design: This was a retrospective study.

Materials and Methods: Retrospective analysis was done of obstetric and perinatal complications in 150 physically healthy women of optimal reproductive age (20 to 35) with singleton pregnancies, who did not engage in risky behaviors and had no pertinent personal or family medical history, including no history of congenital fetal anomalies. The patients were divided into two equal groups. Group I included 75 women who had not received nutritional support during pregnancy. Group II was made up of 75 patients who had received, in the preconception period and during pregnancy, a combination vitamin-mineral supplement, containing 200 µg of folic acid, 200 µg of metafolin, and other vitamins and microelements, as well as, starting with the second trimester, 200 mg of docosahexaenoic acid (DHA). Nutrition patterns were assessed using a modified questionnaire developed by O. Ya. Leshchenko (2012).

The statistical significance of differences between the groups in the study was analyzed using the Student t-test and the χ2 test. Parameter differences were considered statistically significant at χ2 > 3.84 and p ≤ 0.05. The intensity of the correlation between the intervention under study and the rate of obstetrical and perinatal complications was assessed using the odds ratio.

Study Results: The study showed that the majority of women in both Groups I and II had dietary folate deficiency (89.3% and 88.0%, respectively; р > 0.05). Intake of the combination vitamin-mineral supplement containing metafolin, during early pregnancy, coupled with DHA starting with the second trimester, was shown to reduce the frequency of the following complications: intrauterine growth restriction by a factor of 5.3 (21.3% vs. 4.0%; p = 0.03), congenital heart defects (CHD) by a factor of 3.7 (84.0% vs. 22.7%; р = 0.001), and preterm delivery by a factor of 2.7 (25.3% vs. 9.3%; p = 0.018). Threatened late spontaneous abortion or incipient late spontaneous abortion (2.7%) and grade 3 intrauterine growth restriction (5.3%) appeared as complications of pregnancy only in patients who had not received the combination vitamin-mineral supplement, and were not seen in Group II patients.

Conclusion: The study data suggest that nutritional support in the preconception period and during pregnancy is useful and necessary, because even healthy women of reproductive age suffer from dietary nutrient deficiencies. Intake during early pregnancy of a combination vitamin-mineral supplement, containing the active form of folic acid (metafolin), coupled with polyunsaturated DHA fatty acid starting with the second trimester, significantly reduces the frequency of obstetric and perinatal complications. 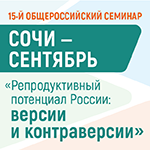 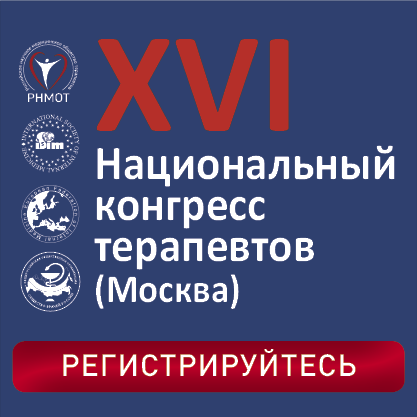