Conclusion. Our results correlate with results of other studies where VEGF-A was treated as angiogenesis marker in bronchial remodelling. It allows assuming that it is a potential therapeutic target in development of antiangiogenics to control BA. 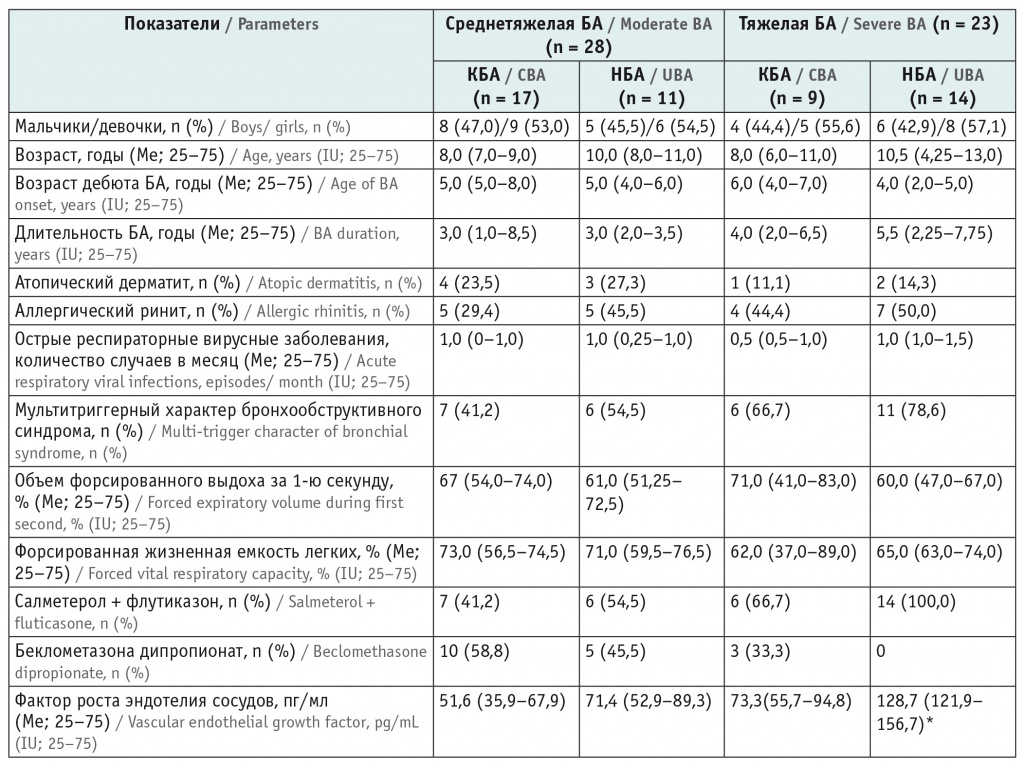